The first sports car to bear the Porsche name was built in the midst of green fields, forests and meadows – in Gmünd in Carinthia. In difficult times, Ferry Porsche pursued a dream and thus established a success story. 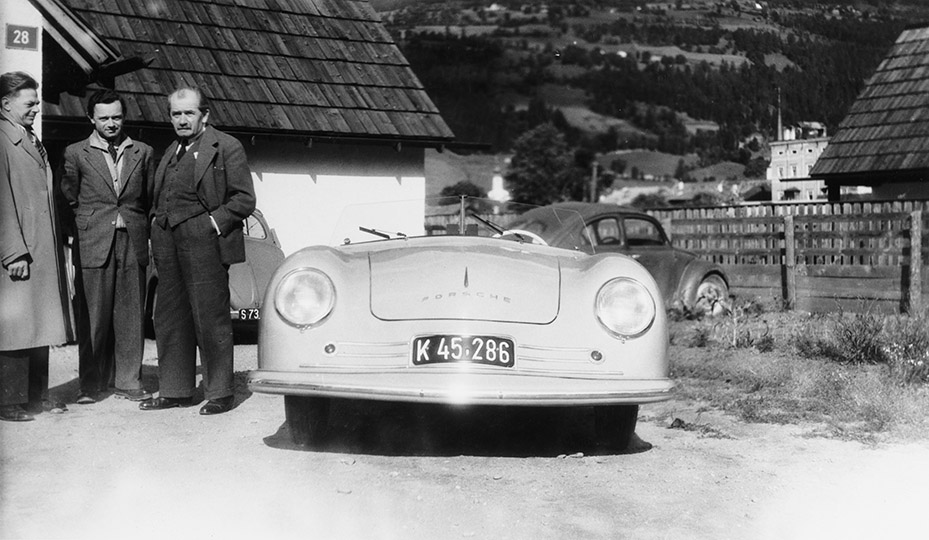 Ferry Porsche had long been enthusiastic about the idea of ​​his own sports car. After World War II, this vision of the perfect sports car that would bear the family name became more concrete. In the spring of 1947 he first formulated ideas for building a sports car based on parts of the Volkswagen. Its first name: “VW-Sport”, its construction number: 356.

A little later, the first sports car bearing the Porsche name was driven – planned, designed and built in Gmünd, Austria. On June 8, 1948, the mid-engine sports car with the chassis number 356-001 received the official blessing of the authorities with the general operating license from the Carinthian state government. Since then, this date has been considered the hour of birth of the Porsche brand. 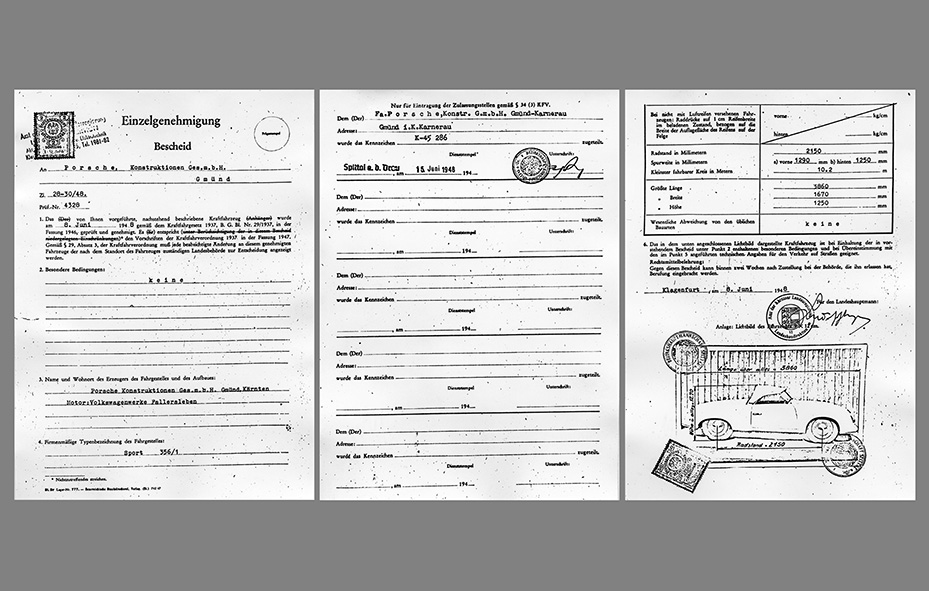 In October 1944 the premises of the design office of Dr. Ing. hc F. Porsche KG in Stuttgart fell – which caused the then Reich Minister for Armaments to order the immediate relocation. Ferry Porsche was initially drawn to Zell am See, where the family owned a property – the Schüttgut. Since space was tight there, the company headquarters were relocated to Gmünd. Back then, the town in Carinthia, surrounded by forests, meadows and fields, was far removed from the turmoil of the world and could only be reached via a route from Klagenfurt in the south. In November 1944, around half of the Porsche employees were already working in and around the closed sawmill.

After the war in 1946, Ferry Porsche – father Ferdinand was a French prisoner of war – dared to start over. The young company kept its head above water with the construction of tractors, mowing fingers and cable winches, a development contract for the Italian racing car manufacturer Cisitalia provided the financial scope to realize the dream of a Porsche sports car. On June 11, 1947, the first design drawing was created with the project number 356.49.001. At the beginning of 1948, a roadworthy chassis with a tubular space frame was ready, a roadster body made of aluminum was added later. 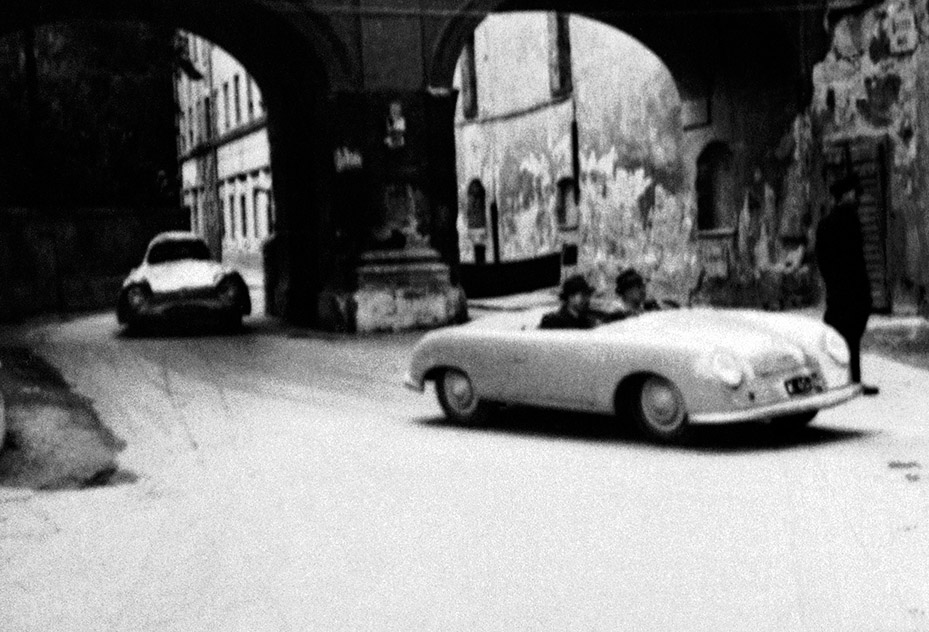 “The youngest offspring of a great name”

A few months later, the sports car with the internal type designation “VW-Sport 356/1″ was driving on Carinthian roads – and bore the famous registration number K45 286. As early as July 1948, the newcomer mastered its first test. At the Innsbruck day race, the Porsche 356 “No. 1” Roadster completed a fast demonstration lap, the observers were impressed by the lightweight, which was only 3.86 meters long and weighed less than 600 kilograms. On July 7, 1948, the “Automobil Revue” wrote the first press report about the “youngest offspring of a big name”. The roadster with a mid-engine – 1.1 liter displacement, 35 hp – heralded the beginning of legendary sports car history. 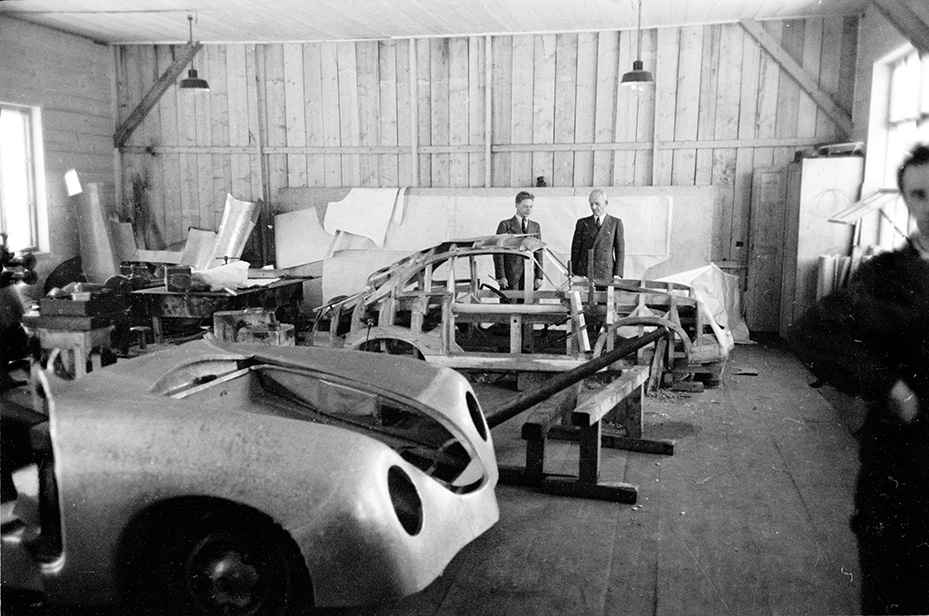 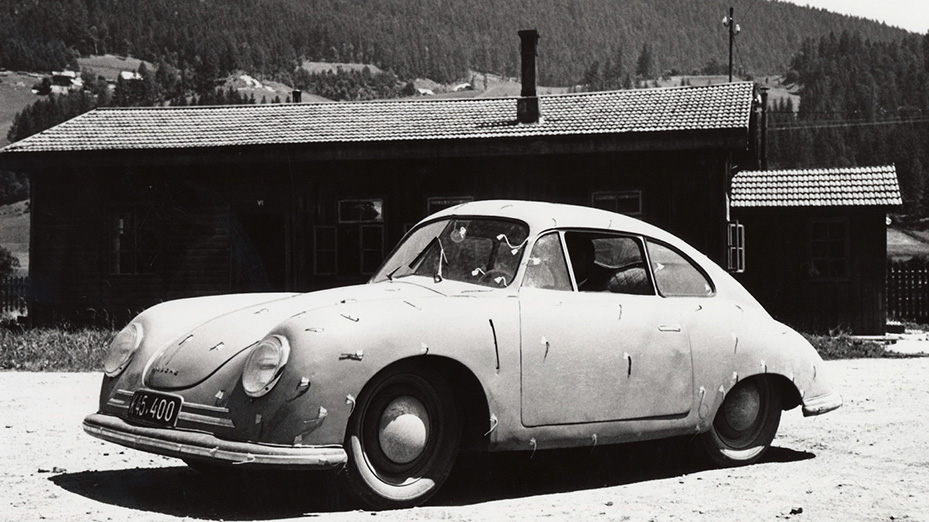 As late as 1948, already parallel to the creation of the 356 “No. 1″ Roadster, the production of a small series of the Porsche 356/2 started in Gmünd, the air-cooled four-cylinder boxer engine now migrated to the rear for the first time. By 1950, a total of 52 copies had been made by hand in Gmünd. Like the Porsche with the chassis number 356-001, the first five Porsche 356/2 went to Switzerland. Export played a major role from the start. Even when the Type 356 was produced in Zuffenhausen from 1950 and from there the unique success story of the Porsche brand continued. 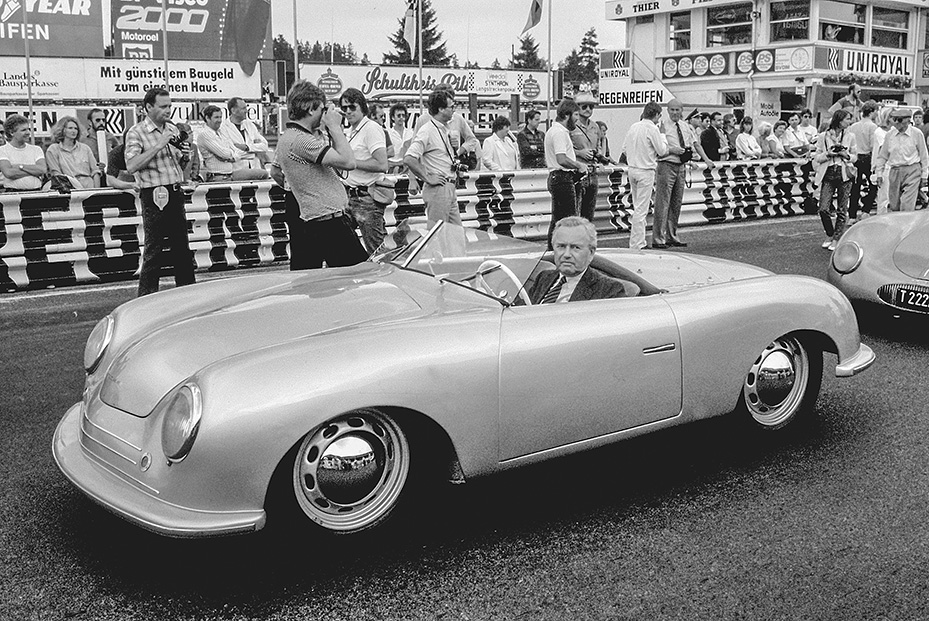 Ferry Porsche in the Porsche 356 “No.1” Roadster 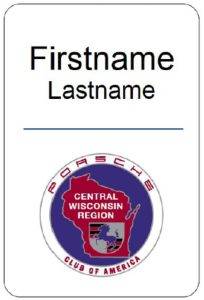